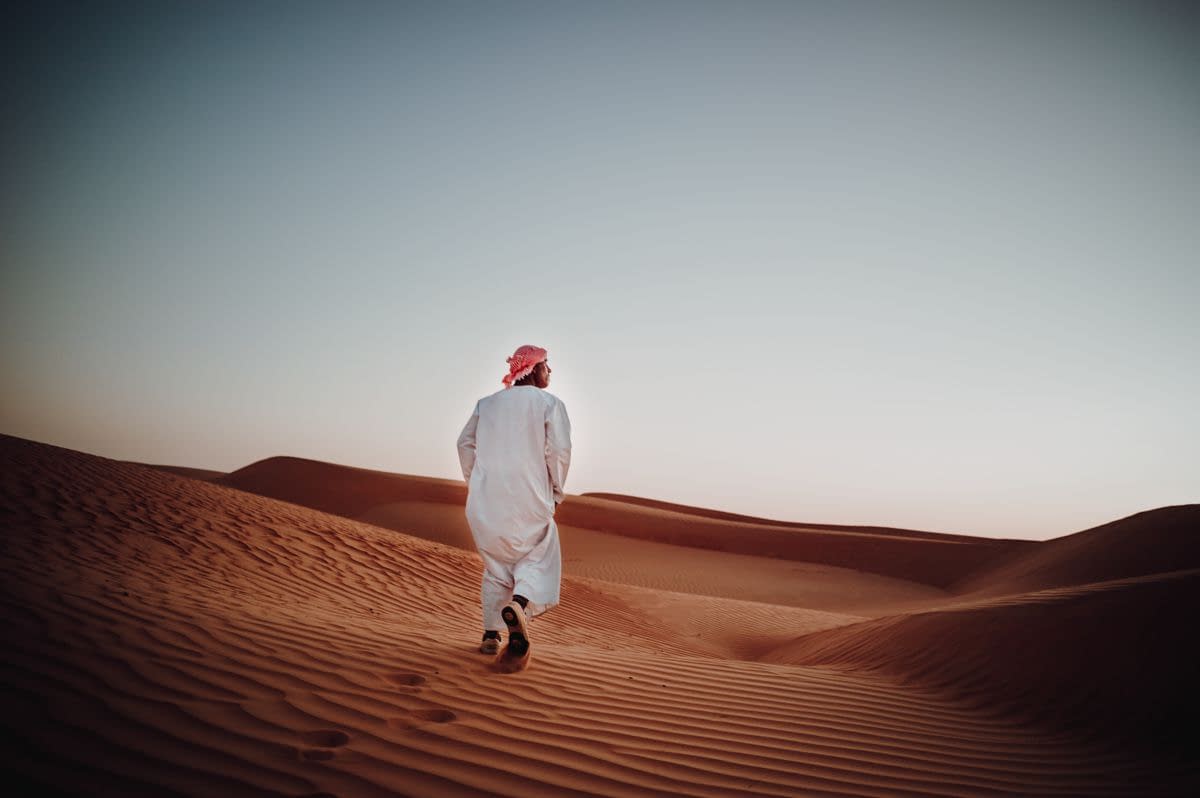 Traditionally defined, a Bedouin is a nomadic desert dweller who travels through the desert. In the past, nomads usually moved from pasture to pasture to ensure the survival of their herds and their respective tribes. The people in the coastal regions of Oman have been settled for a very long time. In the fishing villages and smaller commercial ports, people have been living for centuries as “hadr” – a term used to describe sedentary coastal dwellers. However, in recent decades, the Bedus – desert tribes of Oman – have become largely sedentary.

How many Bedouins are there in Oman?

Oman is a vast country, measured by the number of residents, and is similar in land mass to the Republic of Germany. The desert regions of the country are sparsely populated; here, there are only the desert tribes that have always dwelled in these regions of the country. However, there has been a widespread rural exodus due to the recent rapid economic upturn in the country. Today, about 5 % of the population still live as “nomads” in the deserts of Oman.

The Bedouin way of life in Oman

The Bedouins of Oman are no longer traditional nomads. Today, the people of the desert regions live in stone-built houses and no longer in tents. They rarely travel across the country on their camels as they much more enjoy the freedom that cars and other motorized vehicles offer. They can now quickly move from one grazing land to another and move their herds as needed without having to relocate their homes. Additionally, a large number of desert dwellers work in the tourism industry – as some are seasonal workers who live part of the year as coastal inhabitants and the main part of the year in their desert villages. Nevertheless, the Bedouins in Oman preserve much of their cultural spirit and ethos. Although they use cars and other wonders of modern communication and information technology, they nonetheless lead a life very closely connected to their history, heritage, and nature, as only a few other populations in the world do.

Within the animal kingdom, the rare Oryx antelope belongs to the subfamily of horse goats and thus forms its own…

For many travelers, the Middle Eastern state of Oman on the eastern Arabian Peninsula is one of the most mystical…

The Sultanate of Oman is located in the southeastern part of the Arabian Peninsula, and its coast with a length…