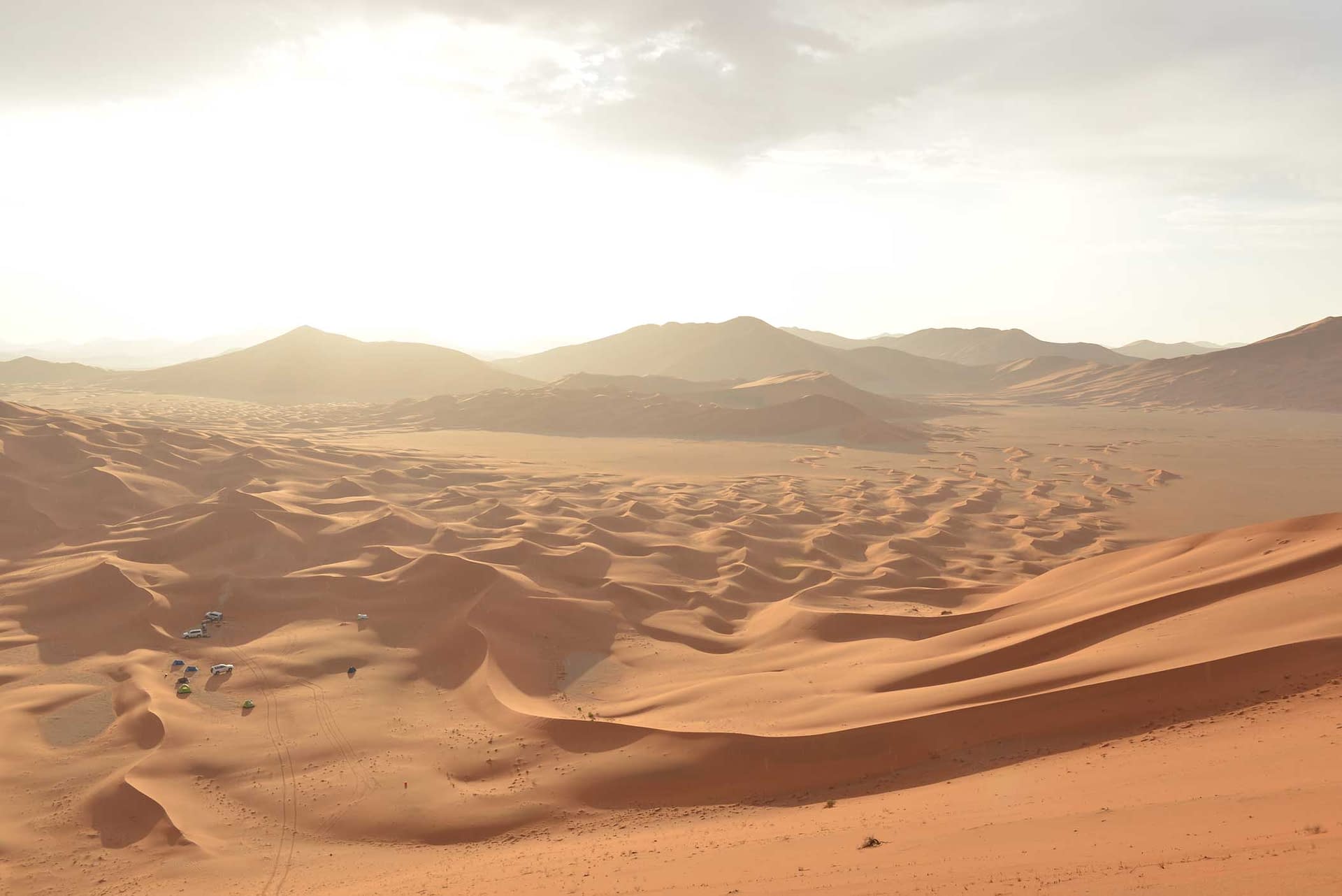 The Rub al Khali Desert, the largest contiguous sand desert in the world, covers parts of southern Oman. It features 650,000 square kilometers of sand and stone – more than anywhere else in the world. The desert is so inhospitable and has so few oases that it is barely inhabited. It is no wonder that the desert is called “the empty quarter”, which is a perfect translation of the Arabic “Rub al Khali”. A whole third of the Arabian Peninsula is covered by it, including the territories of four countries – Oman, Saudi Arabia, Yemen, and the United Arab Emirates.

The world’s largest contiguous desert has a lot to offer

The Rub al Khali is home to the world’s largest currently known oil field, located in the territory of Saudi Arabia. The Omani side of the Rub al Khali Desert contains the beauty and unspoiled nature of the desert. The sand dunes, which are sometimes up to 200 to 300 meters high, are wide and bring a sense of endless silence to this place. The desert’s rugged terrain, so hostile to humans, has kept much human settlement at bay – so you rarely meet other people in the desert. Even the Bedouins avoid the deep desert and operate their camel economy on the edges of the Rub al Khali. But tours in the desert, best done as guided groups and with enough provisions, are always worthwhile. The stunning experience of a pristine sunrise or a sunset in the desert, far away from the disturbing lights of civilization, is something very special. However, if you want to spend the early morning or late evening hours in the desert, you should bear in mind the temperature fluctuations that occur there. Here, temperatures vary between around 0° Celsius at night and around 60° Celsius during the day.

The Rub al Khali – a desert with an incredible history

The Rub al Khali was not always the barren and endless wasteland it is today. In the past, part of the incense road led through the desert. Only around the year AD 300 did the crossing of the desert become much more difficult. There is a city in Arabian history with a story that inspired T. E. Lawrence, better known as Lawrence of Arabia, to refer to it as the “Atlantis of the Desert”. The city is said to have been an infinitely wealthy city on the desert’s edge. According to the Qur’an, the city handled its wealth poorly and engaged in wicked behavior, leading it to be punished – bringing to mind the biblical story about Sodom and Gomorrah. The remains of a site matching the story of Ubar have been found, as satellite images of the desert show old caravan roads, which could be followed to the ruins of a city near today’s Shir. This coincides with where the legendary city of Ubar is said to have been located, just a few kilometers from the beginning of the Rub al Khali. Anyone who wants to pay a visit to the Rub al Khali from the Omani side will most likely choose the route through Shisr as a way to get there. On the return journey, a detour to the ruins and excavation sites of the city of Ubar is certainly worthwhile.

When the first oil-laden cargo ship left Oman in 1967 and left for the world, a new era began for…

Muscat and surroundings Muscat is the capital of Oman and therefore always worth a visit. Where tourism is booming today,…

Oman has a coastline of sandy beaches with a length of 1700 kilometers, rocky cliffs and species of coral reefs.…