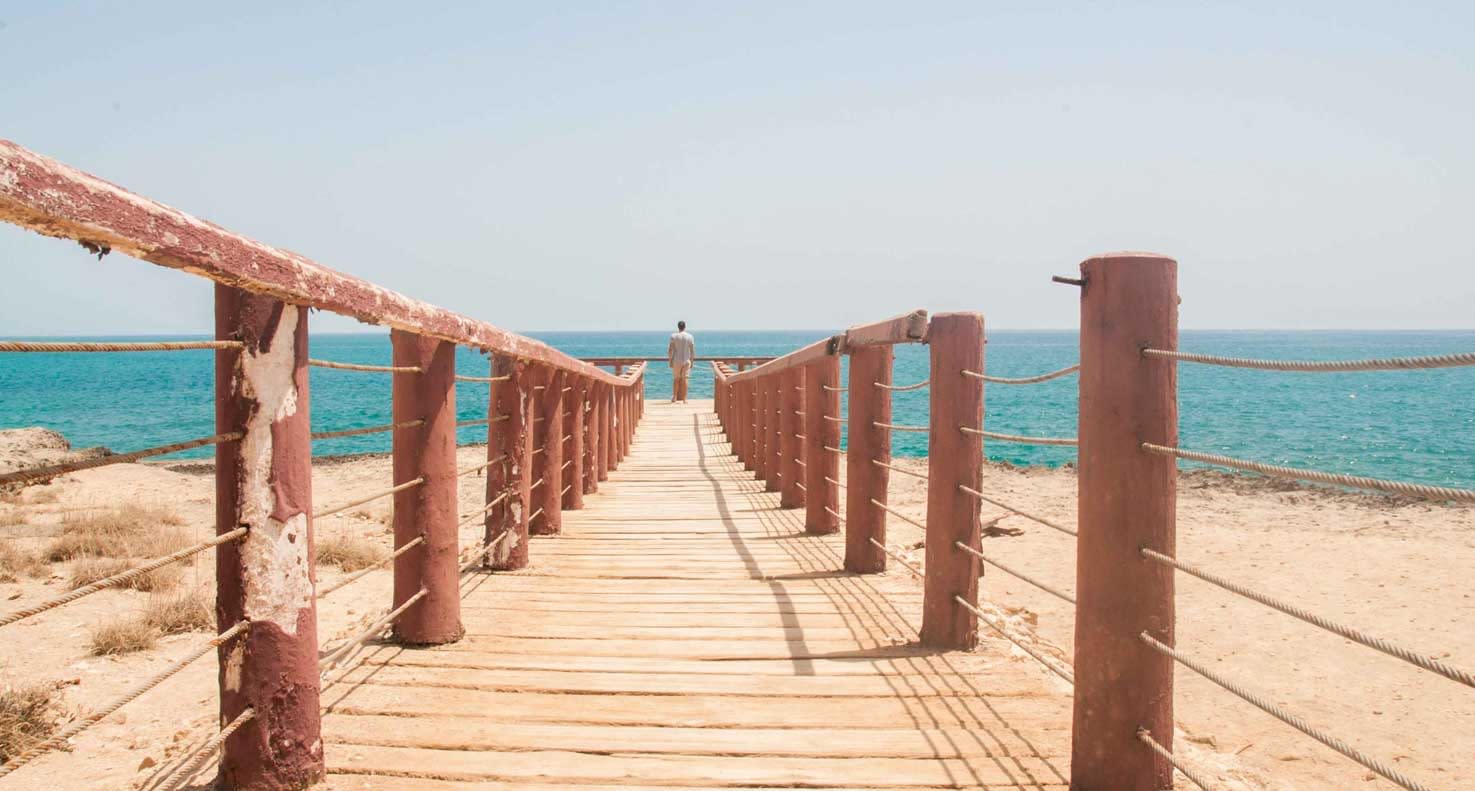 The Wahiba Sands Desert is one of the arid climate areas of Oman, which means that evaporation is stronger than the rainfall here and therefore, the region has the characteristics of a sandy desert. In the north of the desert, the Hadjar Mountains form a natural barrier to the Gulf of Oman. The extremely dry desert weather is therefore fundamentally different from the subtropical humid climate in the capital region.

The best time to visit the Wahiba Sands is between the months of October and April. At the beginning and at the end of this period, it can still be very hot during the day with temperatures reaching up to 37°C. Even at night, the thermometer rarely shows less than 20°C. During the rest of the winter months, the temperatures are usually around 28°C during the day and fall to 15°C at night. However, the humidity is different. It is is very low in the Wahiba Sands Region, making it a typical sand desert. As a result, warm and colder temperatures are perceived as much more pleasant than on the wetter coast. Thanks to the low humidity, the body produces much less sweat, which makes the stay in the desert very tolerable.

In the mornings, heavy ground fog can form occasionally, especially during the winter months, but usually, it dissolves shortly after sunrise. The wind is usually weak to moderate during the day and can pick up significantly after sunset. However, this strong wind usually stops after one or two hours. Precipitation occurs very rarely, in the form of short and very strong showers. Due to its characteristics, the climate in the Wahiba Desert is considered one of the most pleasant in Oman.

The Batina Plain is a 250 km long coastal section in the north of Oman. In the north, the region…

Arrival The easiest way to get to Oman is by plane and there are several airlines available. The best airlines…

The Rub al Khali Desert, the largest contiguous sand desert in the world, covers parts of southern Oman. It features…