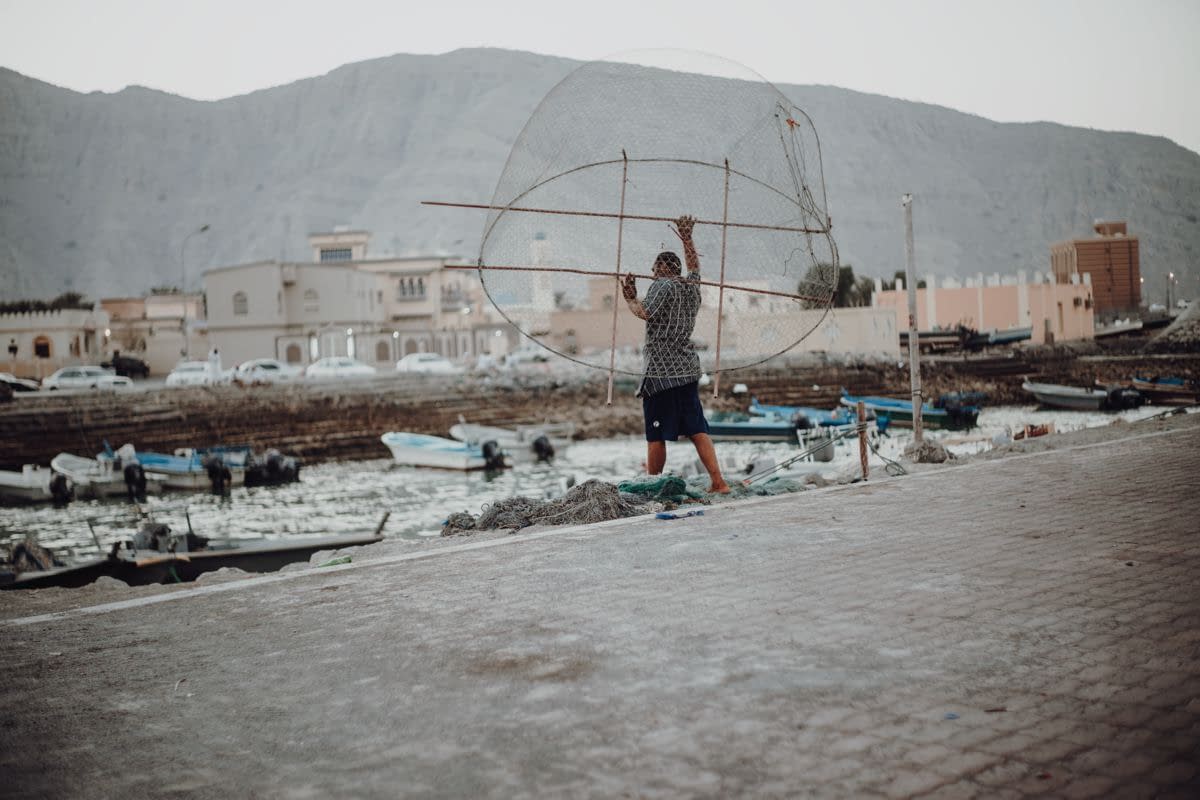 The port city of Khasab, the largest city of the small Omani enclave of Musandam, is home to more than half of the people who live in this region. The official numbers vary between 17,500 and 23,000 inhabitants. In any case, Khasab is a small and manageable city but has a lot to offer. Anyone who wants to see all the sights and to fully absorb the city’s charm must take two to three days’ time to do so.

“The Remote Grower” is the approximate translation of the name Khasab into English. The name makes sense because a considerable portion of the Omani date crop is harvested in Khasab. The quality of the dates grown in Khasab is just as great as their quantity, which is exemplified by the fact that they are considered to be particularly delicious. But the dates grown in this capital region are not only valued by Omanis, but they are also valued by the inhabitants of the United Arab Emirates as well. Although the Port of Khasab is small compared to the major port facilities in the capital or further south in Duqm, it is located directly on the commercially important Strait of Hormuz. In recent years, it has also become a popular port for cruise liners that want to open up this part of Oman to their guests. For the inhabitants of the United Arab Emirates who like to take a weekend break here, Khasab is a little escape from their colossal and glittering everyday life.

The Sights of the City

Khasab also has much more to offer than just its beautiful surrounding countryside. For example, the Fort in the north of the oasis is definitely worth a visit. It was first mentioned in historical annals in 1622 and later occupied by Portuguese soldiers. The port is also something of an adventure because here, you will find very few fishermen, but you instead speedboats that come from the nearby Iranian coast in the early morning and whose owners want to trade. On the Souq in Khasab, traders can find many things that are rare and expensive in their homeland. It is also worthwhile to visit the Sultan Qaboos Mosque. The elegant but rather simple building can be found in the center of the city and draws a picture of the way Oman likes to perceive itself – with simple and modern elegance. Then, it is time to dive into the old Souq – the market of the city. While there are not many stalls that sell souvenirs and “genuine” local works, the few remaining gems are worth looking for.