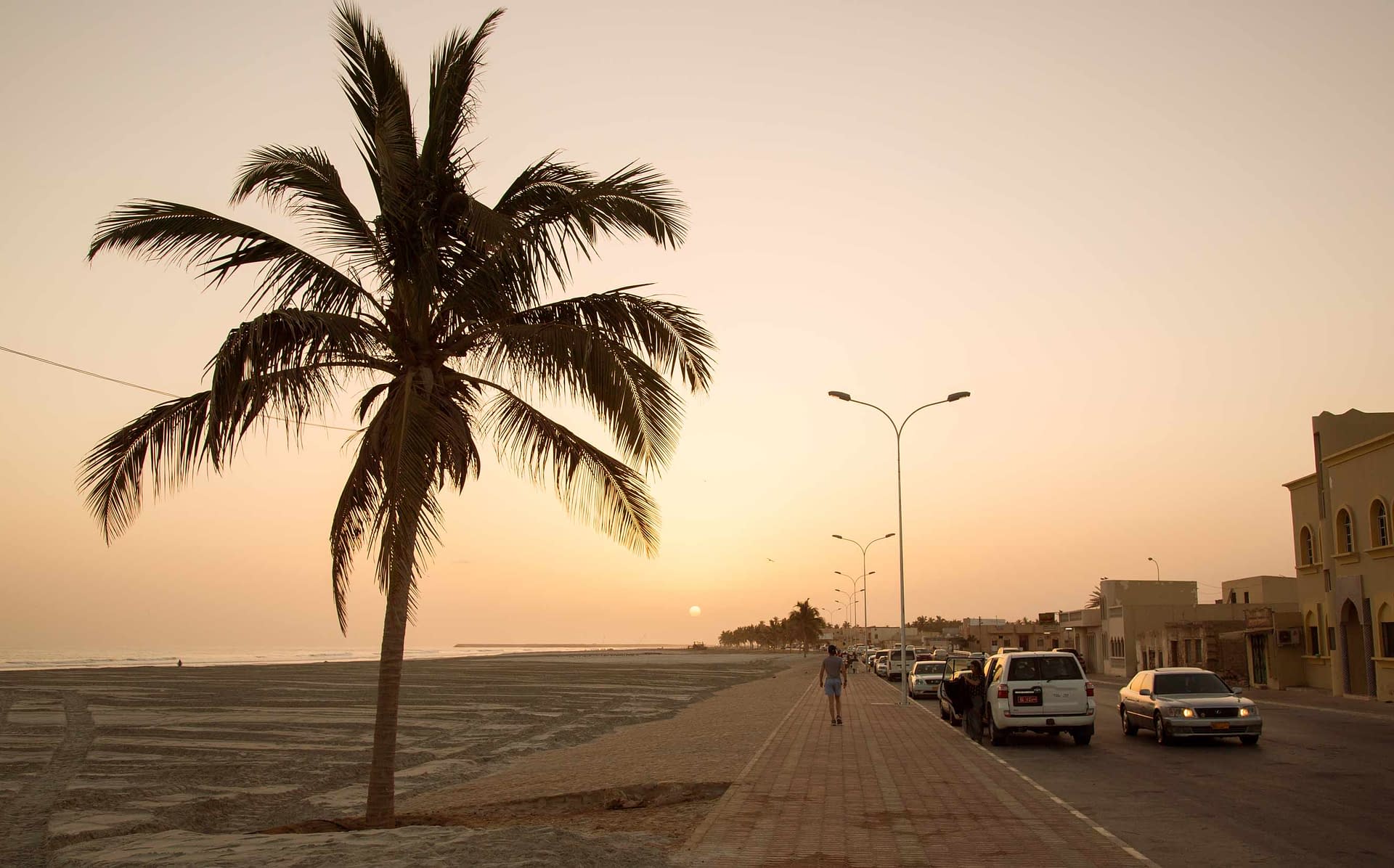 Salalah and the South

Salalah is the second-largest city in Oman. Among other things, the well-known incense road starts here. Salalah is the ideal starting point for numerous tours, for example to the Jebel Qara massif or the biblical Nabi Ayoub grave. Even photography enthusiasts are made happy here: The mountain landscape offers a wonderful backdrop with many unique motives.

If there is a city that is not only culturally interesting but also “tropical”, then it is certainly Salalah. The town is not called “Garden City” for nothing. There are not only fertile fields but also impressive palm beaches and a mix of many different cultural highlights. Despite its popularity with tourists, the city also invites visitors to travel back in time. If you are interested, you should definitely visit the “Museum of the Frankincense Country”, which focuses on historical trade, among other things. If you want to know the routes used to transport goods centuries ago, then this is the place for you. A particularly popular photo subject is also the Al Husn Palace, the summer residence of the Sultan.

Castles and the largest lagoon in Taga

To the east of Salalah lies the historic fishing village of Taga. The old settlement including a castle is particularly impressive. A little further away lies the largest lagoon of Dhofar, Khor Rori Bach, with the ruins of the former incense port. The region is not only a destination for tourists but also attracts archaeologists who make their excavations here. If you are interested in the architecture of the Middle Ages, you should also visit the tomb of Bin Ali.

The sea around Salalah

Overcrowded beaches are (still) comparatively rare in the region of Salalah. This is because the region has only slowly become an insider tip among tourists. The crystal clear turquoise water is amazing for bathing sessions. Additionally, it is also advisable to check the numerous providers who specialize in the activities on the water. The dolphin tours are particularly popular in this context. They allow the vacationer to observe dolphins in their natural habitat from a boat.

Salalah also has an appealing nightlife. The area in and around the harbor offers the opportunity to party together with the locals and to get to know their culture, both musically and culinary. In the smaller cafes and pubs, it is a little quieter, which is ideal for enjoying typical dishes and getting to know the way of life of the country.